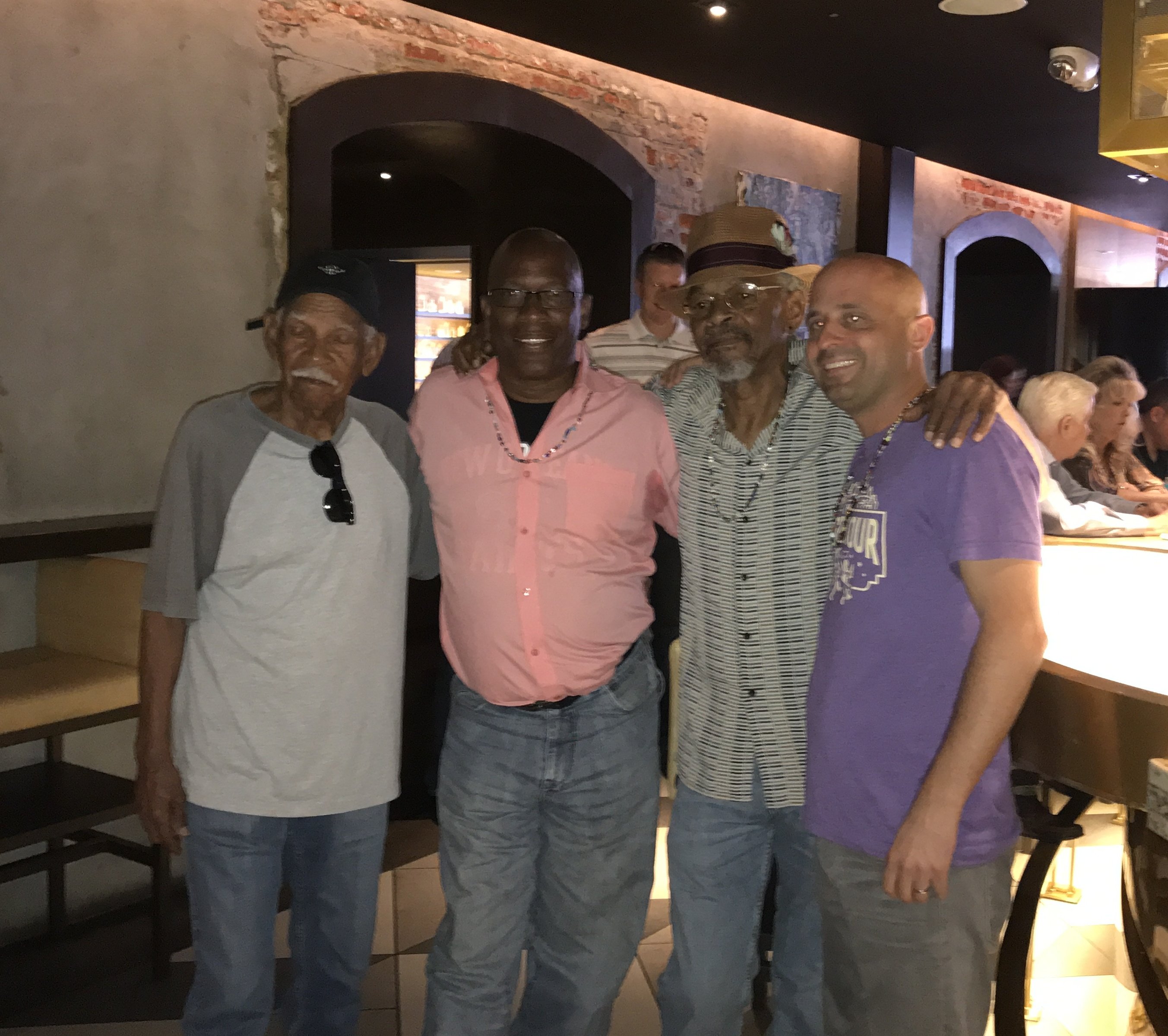 The connection with Wallace Bridges was pure magic, like the pulling a rabbit out of the hat magic. In the end, it would have never happened without the help of The Magic Hour community. The Thursday before the first weekend of Jazz Fest, I received a phone call an hour before leaving my home to film The Magic Hour at SoBou. The guest I had scheduled to interview had an emergency and would not be able to be meet for filming or lunch. As we hung up the phone, I tried to think of a replacement guest. I then remembered that William Scott from episode three had shared he was going to introduce a cousin who was in town for Jazz Fest. At the same moment, a post appeared on my Facebook feed of William with his cousin hanging out in his apartment. I immediately dialed William to see if his cousin Wallace would want to be the guest on the show, as I knew Wallace had roots in New Orleans. Wallace agreed, and I was excited to have quickly filled the hole in the schedule. At this point in time, I did not know was that Wallace was the father of Leon Bridges, who was performing the next day at Jazz Fest. The same two-time Grammy nominated Leon Bridges who has been taking the music world by storm and bringing a legendary soul sound back to the forefront.